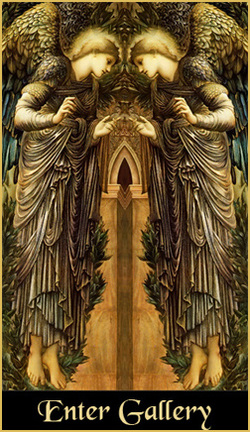 Established in 1840, The Woodlands had quite a history before becoming a cemetery. Originally a 250 acre estate purchased in 1734 by Andrew Hamilton, a well-known and affluent attorney of the day , the land was later inherited by William Hamilton, Andrew's grandson. A noted botanist, William built a grand Adamesque Federal-style mansion on the estate between 1788 and 1789, expanded the property to include 600 acres, then proceeded to fill much of the grounds with rare plants and trees. William's heirs sold much of the property following his death. In 1840, the Woodlands Cemetery Company purchased the mansion, along with several other buildings on the grounds. The mansion became the cemetery's office and chapel while the icehouse, quite appropriately, became the receiving vault. Sadly, following the cemetery's glory days, the mansion and other buildings fell into disrepair. On a happier note, however, The Woodlands Trust for Historic Preservation is today engaged in restoring the mansion to its original state and has begun to host tours and other events at the property. Surely, the spectres of the Hamilton family approve.

But back to the cemetery itself... As was the case with The Woodland's rival, Laurel Hill Cemetery, attracting Philadelphia's elite at first required some, shall we say, "start up collateral"? In the case of The Woodlands, this collateral was embodied (quite literally) in the disinterred remains of the renowned Commodore David Porter, whose body was transferred to The Woodlands from the Philadelphia Naval Asylum Burial Grounds. Having secured the Commodore, others began to flock to The Woodlands with the assurance of resting forever beside Philadelphia’s best and brightest. Although certainly not appealing by today's standards, an advertisement for The Woodlands happily portrayed the grounds as a place where "... the decaying bodies of the dead may securely moulder into kindred dust, with an abundant vegetation and free winds to absorb and dissipate all noxious effluvia."

Today, free indeed of all "noxious effluvia," the restful grounds of The Woodlands host the mortal remains of political and military leaders of the past as well as those of railroad magnates Asa Whitney, Thomas Alexander Scott and John Edgar Thompson; artists Thomas Eakins, James Barton Longacre, Anna Claypoole Peale, Rembrandt Peale, Jessie Wilcox Smith and William Rush, as well as medical pioneers Dr. John Conrad Otto, Dr. Samuel Gross, Dr. Jacob Mendez DaCosta, Horatio Charles Wood and Thomas W. Evans. The Evans' soaring 150-foot memorial obelisk (pictured above) is of special note, being the tallest funerary monument in Philadelphia. The memorial cost more than $100,000 when constructed in 1897. One shudders to think of the monetary equivalent in today's currency. Evans, familiarly known as "Handsome Tom," distinguished himself by serving as the dentist to a number of European Royalty, including French Emperor Napoleon III and his wife, the Empress Eugenie. The pioneer of the use of nitrous oxide in anesthesia and the use of gold fillings, Evans amassed a fortune through a combination of his dental skills, real estate speculation, and a large collection of jewel encrusted snuff boxes, stick pins and other expensive items gifted to him by grateful wealthy clients. (This clickable on-line map is a useful tool for exploring burial locations in greater detail).

Another monument of singular note is the mausoleum of Businessman and Philanthropist Anthony Joseph Drexel. Along with his brothers, Francis and Joseph, Drexel managed a highly successful and lucrative investment company. In 1891, Anthony founded the Drexel Institute of Art, Science, and Industry (now Drexel University). He was the uncle of Saint Katherine Drexel, the second American-born saint, who was canonized on the first of October, 2000. Upon peering into the Drexel Mausoleum, one immediately notices that it is bathed in soothing blue light. This unique effect is achieved through the installation of a sheet of blue glass beneath the skylight. The softly-lit interior exudes an aura of restfulness and features a bust of Mr. Drexel perched atop a pillar of marble. The mausoleum maintains a commanding presence in the centre of its large, circular island located only a few hundred feet from the rear porch of the Hamilton Mansion. It is easy to imagine the ghosts of summer revelers from long ago gazing from that porch to beautiful gardens where the Drexel mausoleum now stands.

As you can see from our photos, the day The Proprietors visited The Woodlands was bright and sunny...anathema to our heliophobic spirits...not to mention unconducive to full enjoyment of the grounds. At least as far as our tastes are concerned. This may explain our unprecedented dilemma in rating this burying ground. With one vote for a low tombstone rating and one for a higher rating, we surmised that, perhaps, one of us was able to see beyond the day's shortcomings in regard to weather while the other was not. A compromise was reached in granting The Woodlands a 2.5 Tombstone rating. But please do not let that rating keep you from visiting and coming to your own conclusion. Also...while in the area, don't miss Philadelphia's enchanting Five Tombstone places of repose -- Laurel Hill and her nearby sister cemetery, West Laurel Hill.